Bettylou Johnson and Zeke Lau Win the US Open | The Inertia

Editor’s Note: This article is brought to you by our partners at Vans.

Hurricane Frank should get some sort of award for the waves it brought to the US Open of Surfing. Everywhere in Southern California has been benefiting, but in Huntington Beach the swell really kept on delivering with bigger and better conditions than expected. Even finals day saw a few spotty pulses of south swell from Frank combining with reinforcing swell from the west. With smaller but very clean conditions to start the morning, surfers were able to connect both the outside and inside sections, albeit via the “Huntington Hop,” to make the most of the scoring potential. 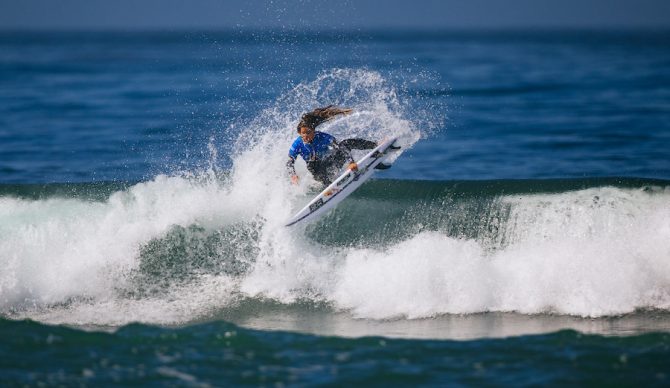 Caroline Marks takes to the air at the beginning of her heat against Macy Callaghan. Photo: Beatriz Ryder/World Surf League

This feature is only available on The Inertia+

The women’s semifinals saw Caroline Marks up against Macy Callaghan and Bettylou Sakura Johnson taking on Sophie McCulloch. Marks fell to the Australian, in an uncharacteristically low-scoring heat for the Californian. Callaghan’s heat win matched her second-place performance at the Ballito Pro, and she was looking to take home her first win of the 2022 Challenger Series as she squared up to Bettylou Sakura Johnson. However, Johnson was on a tear. She fought through her heat against McCulloch in style, racking up a nine-point ride for a pair of two-turn combos that McCulloch couldn’t match. 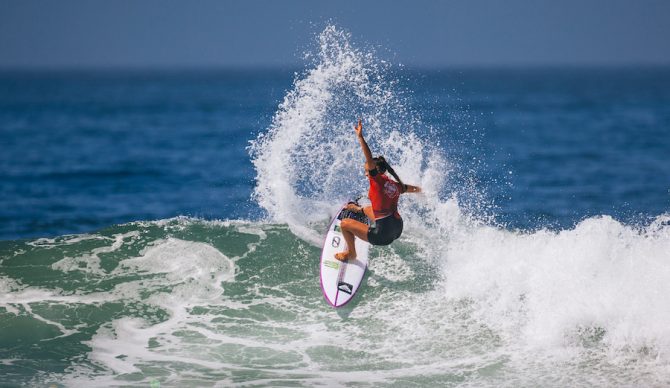 Bettylou is on fire, as she chases re-qualification to the Championship Tour. Photo: Beatriz Ryder/WSL.

In the finals, Johnson started off slow to Callaghan’s opening 5.67, but soon matched the score with a 6.93 to take the lead with 20 minutes to go. She held that lead until the end, her first win since the Haleiwa Challenger in 2021 which qualified her for the Championship Tour. It’s a big win, moving her a cruicial two places up the rankings and over the CT qualification line. “This year has been an emotional rollercoaster,” Johnson told me. “It was heartbreaking to fall off tour, but I’m thankful that happened now as I’m learning from it and growing as a human being, so I’m stoked to just get the ball rolling and hopefully get back on next year.” 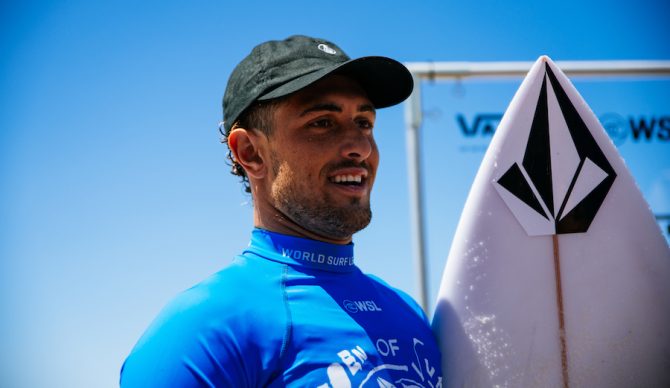 The men’s semis saw Zeke Lau square up to Eithan Osborne, and Joao Chianca against Evan Geiselman. Zeke, riding a bright yellow board the entire day, got out to an early lead and never gave it up, answering a question that many have had about the big Hawaiian – does he have what it takes to win in small waves? In short, yes. Chianca and Geiselman fought hard, and it all came down to a nail-biting finish with the judges taking minutes after the clock had run out to decide the fate of Geiselman’s buzzer-beating ride. In the end it wasn’t enough, as he came .10 short of his required score to beat Chianca.

In the men’s finals, Lau held the lead for the first 20 minutes of the heat, but with 15 minutes left it became a seesaw battle, as the lead flipped from one competitor to the other as the two surfers traded airs and radical maneuvers, both on the outside and inside shorebreak. When the spray settled, Lau had re-taken the lead with eight minutes remaining. Savvy priority knowledge helped him hold it until the end, completing the Hawaiian sweep of the men’s and women’s Challenger Series at the US Open. 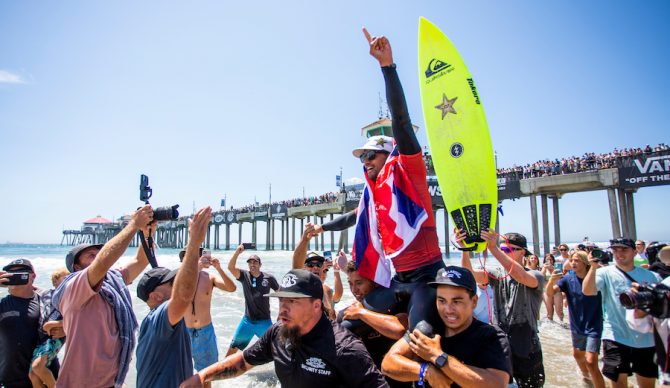 Zeke Lau is chaired up the beach after winning the 2022 US Open of Surfing. Photo: Kenny Morris/WSL.

The win shot Lau up the leaderboards into third on the men’s CS, a massive boost in points as he hunts re-qualification for the Championship Tour. It’s also a big win for Chianca, who after a couple of disappointing results on the CS, now jumps into 11th. At the end of the CS season, the top 11 surfers will advance to the Championship Tour, but with three events left and plenty of points to dish out, he’ll have his work cut out for him to keep that position.

“I feel like there’s a lot that still needs to happen,” Chianca told me after the awards ceremony. “It’s going to be a long year, more than it already has been, so definitely looking forward to the next event, but also ready to reset my mind and see my family. I’m becoming stronger day by day, heat by heat and gonna think like that until the finals.”