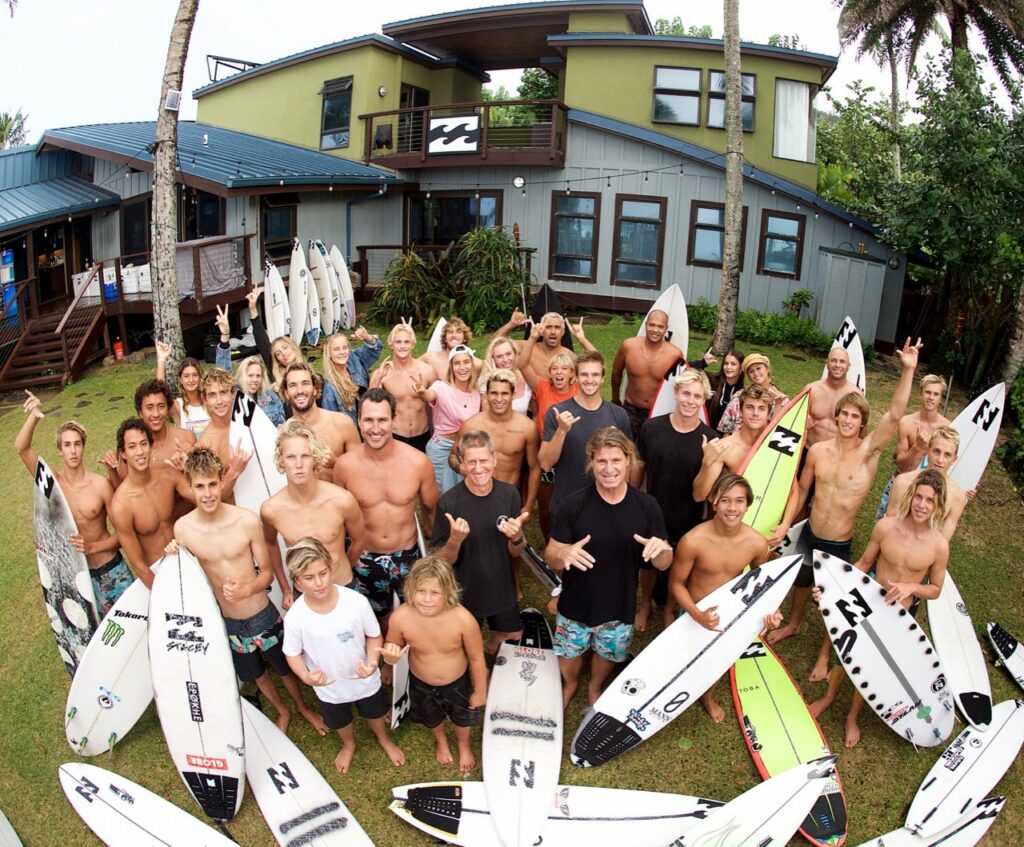 Boardriders has sold the beachfront Billabong house on the North Shore of Oahu.

The house is always a focal point for the brand during the Hawaiian winter surf season, a place where athletes stay and Billabong holds marketing events. The house has seven bedrooms, two and a half kitchens, five full bathrooms and a half bathroom.

We reached out to Billabong Men’s Global GM Mark Weber and asked him to comment about the sale.

“The Billabong house on the North Shore has a long and storied history with the brand,” he said. “Witnessing more than two decades of Hawaiian winters together, including many world title showdowns, along with the crowning of Andy, Parko, and Italo.”

“While we’re not in the business of owning and managing a property on the North Shore anymore, we’re extremely happy that a close friend of the brand has taken on the house and partnered with us to ensure that it will remain the headquarters for the brand and the Billabong Pro Pipeline for many years to come.”

Since Boardriders and its backer Oaktree Capital became the owner of Quiksilver and Billabong, it has sold other real estate previously owned by the brands including Quiksilver’s regional headquarters in Saint-Jean-de-Luz, France and Torquay, Australia and Billabong’s corporate offices on the Gold Coast of Australia.

In the case of Saint-Jean-de-Luz and the Gold Coast, Boardriders leased back the buildings after selling them. Quiksilver’s Australian headquarters had previously been in Torquay but was moved to the Gold Coast offices after Boardriders acquired Billabong.

Boardriders is in the midst of a sale process and it is unknown which buyer or buyers may emerge with industry’s largest company, which is home to the Billabong, Quiksilver, Roxy, DC, RVCA, Element and VonZipper brands.