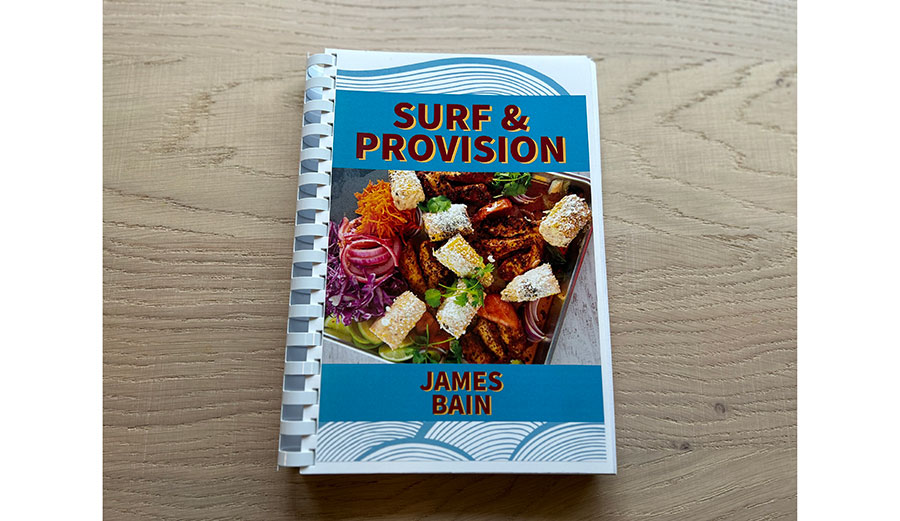 That best meal? It was in the sand on a beach in Mexico. Sitting at a table under a string of solar lights hanging off a friend’s fifth wheel. Everyone was sunburned. Everyone had salt stuck to their skin and water pouring out of their noses at random times during the conversation. Shoulders were tired from surfing for hours on end. And everyone was extraordinarily happy.

It was a potluck dinner with a loose start time. “Come around six,” the fifth wheel owner told everyone. “Bring a dish and a bottle of something.”

I brought ceviche made from a sierra, or Spanish mackerel, that I shot that afternoon after the wind came up and the waves got messy. Someone else brought steamed grouper that was shot in the morning, just around the headland. Plate after different plate showed up as the sun dipped towards the horizon. Bottles of wine were opened, tequila was mixed with hand-squeezed limes and Topo Chico into sandy, chipped mugs. The stars came out. The sound of the waves rumbling their way up the rocks lay just beneath the sound of happy, tired friends chattering away about the vagaries of life on a beach in Mexico, eating amazing food with good friends under a warm Mexican moon. Best meal? Yeah, I don’t think that one will be topped.

One of my favorite things in the world to do is cook for friends, then sit down and watch them eat it. It’s weird, I know, but I’m sneaky enough about it that no one notices, but I love taking a second to sit back and just soak up those moments when people are laughing and eating around a table. Tough to beat, and I think it’s important to realize when they’re happening.

So a while ago, when a guy named James Bain wrote me a message about a cookbook he’d written that was more than just a list of recipes, I was intrigued. See, Bain’s book consists of two of my favorite things: stories and recipes that turn into amazing meals. 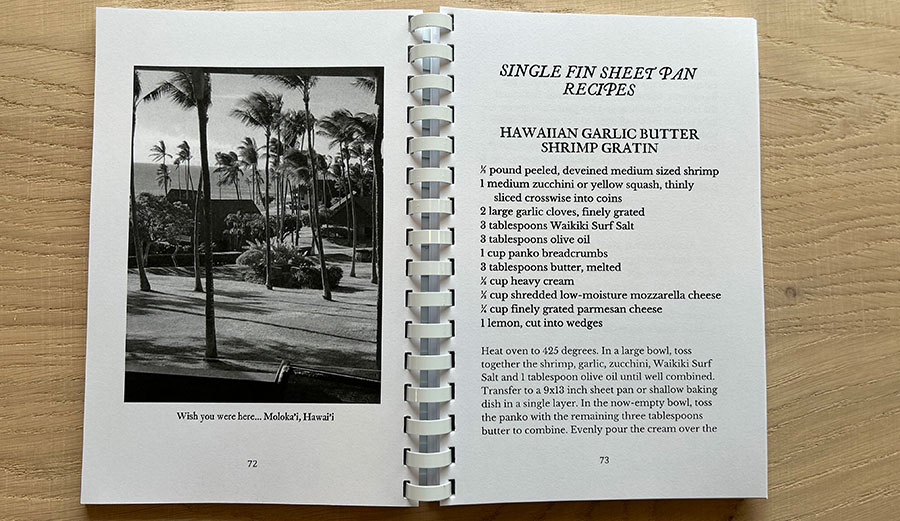 Looking for something surf inspired to cook for your next meal?

“Let me take you on a surf trip through recipes,” he wrote, “and along the way, go off course with stories from my life in the kitchen and the sea.”

The book, entitled Surf and Provision, is full of fantastic little stories about surfing, surf history,  and how food is intertwined with both of them. Bain started working in restaurants to fund his surf trips.

“Traveling is an excellent way to learn a lot about yourself, new food, and different cultures,” he writes. “I did go to culinary school and graduated with a degree, but my travels really defined ‘my’ cuisine. Let’s face it, everything has been cooked before. The only thing a young chef has is their experiences and their soul. My surf travels and my dedication to where I grew up had a massive impact on how I cook.”

There are recipes from around the world in the book, including pozole from Costa Rica, mofongo from Puerto Rico, spam musubi from Hawaii, flying fish fritters from Barbados, and Aguachiles from Mexico, just to name a few.

So, if you’re looking for a few new surf/travel inspired things to cook and a few interesting stories to read while those things are simmering, Surf & Provisions is a good place to start. Because, like they say, “eat, surf, repeat.”